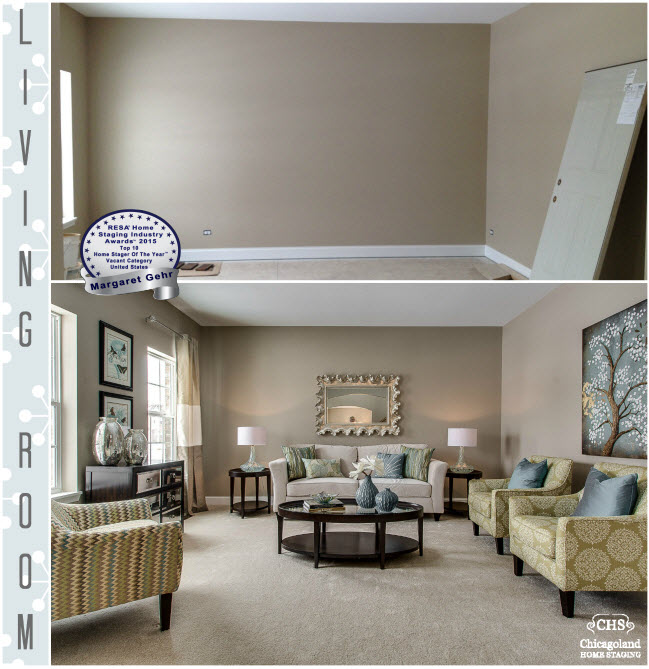 The Real Estate Staging Association (RESA) has announced their Top 10 Finalists for their 2015 Awards.  Chicagoland Home Staging was nominated in 2 categories this year – Best Vacant Stager US and Best Staging Team. This is an annual competition, where the first round is judged by the whole association. To have been nominated into the Top 10 by our peers is an honor. Celebrities always say at The Oscars, that “it’s an honor just to be nominated”, and I have often wondered whether they mean that. Here, it is genuinely how I feel. There are quite a few stagers throughout the United States that admire and respect. So, yes, it IS an honor to be nominated!

We sent in two sets of Before and Afters for Round 1, and than another pair for Round 2.  You see one above and here is the second one. [ Next week, I will post my round 2 photos.]

The RESA® Best Vacant Home Stager Of The Year ™ United States is a category for professional home stagers who have been in business for more than two years and who demonstrate professionalism and excellence in home staging.

Submissions will be previewed by a group of RESA® members who are seasoned professional stagers. Judges will vote on each entry to determine whether they will move forward to the next step, which is voting by the RESA® membership.  Entries that pass the panel of judges will then be voted on by all RESA® members in order to determine the Top 10 Best Vacant Home Stagers Of The Year™ United States. 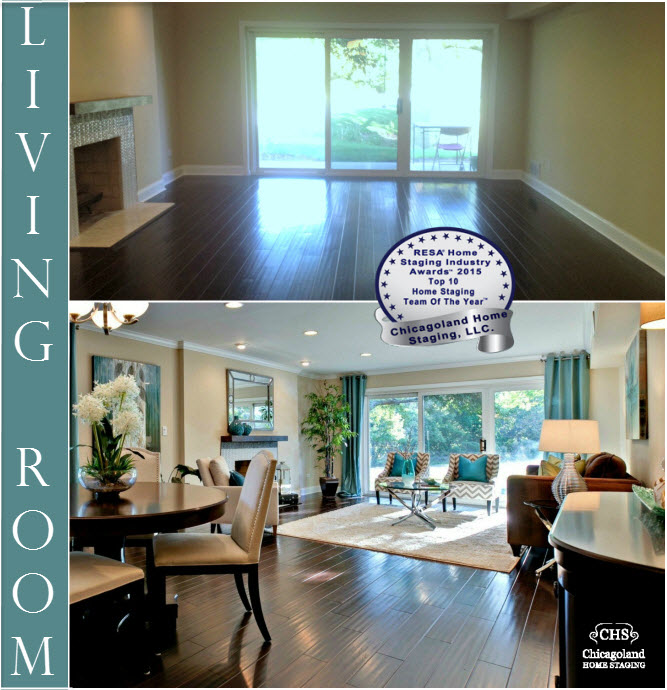 I have not yet heard how many entries were made overall, but the top 10 alone represents a good Who’s Who of the US side of the staging industry.  There are a number of fine stagers in Canada.  (One of the biggest stager training programs comes from there, and many of the home staging and interior design shows you see on HGTV come from Canada as well.) So Canada has its own category for the Best Vacant Home Stager or the Year.

You can see the  rest of the RESA 2015 finalists and their work at http://homestagingindustryawards.com/2015-finalists/